Bozita’s ambassadors are all experts within their fields and work in close collaboration with us to constantly make Bozita’s products and range even better and stronger. As dedicated athletes with many achievements, they know what it takes to succeed. We all know that luck is not enough to achieve success! 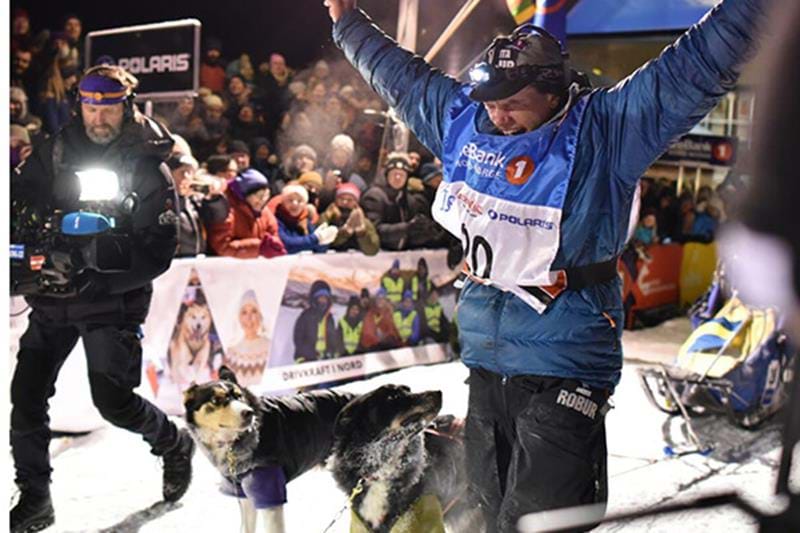 Petter’s dogs eat Bozita Robur Sensitive Grain Free Reindeer and Bozita Robur Active Performance. Petter is one of Europe’s best sled dog drivers and is used to driving his Alaskan huskies several hundred miles through rough terrain in the bitter cold. On a daily basis, he lives in Slussfors in Västerbotten County, where he arranges dog sledding trips and blogs about his adventures. Petter has already won Europe’s toughest sled dog competition – the 120 km long Finnmarkslöpet – twice. In 2017, he also won the Femund race in record time. 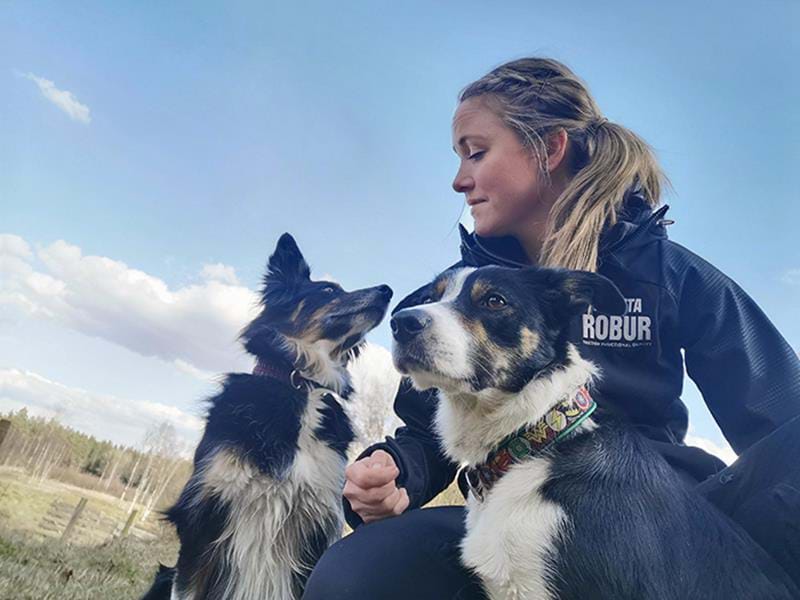 EMELIE WICKSTRÖM COMPETES IN DOG OBEDIENCE WITH HER BORDER COLLIES

Emelie’s dogs eat Bozita Robur Sensitive Single Protein Salmon & Rice and Bozita Robur Active Performance. She competes in dog obedience together with her border collies Ki (born 2011) and Sol (born 2018). She has great competition credentials from both the WC and NM – a third place (team) and a twelfth place (individual) in the WC 2016 and a fifth place (individual) in the NM 2015. It has not always been obvious Emelie would choose obedience as her sport. When she acquired KI, they tried everything from herding and rescue to agility and search. But finally, they finally found obedience was the right choice. For Emelie, it is the joy of the sport that carries her forward. 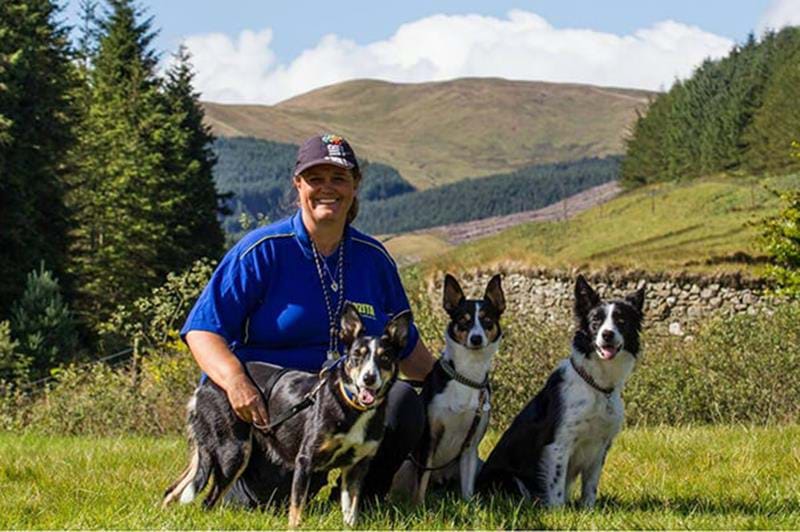 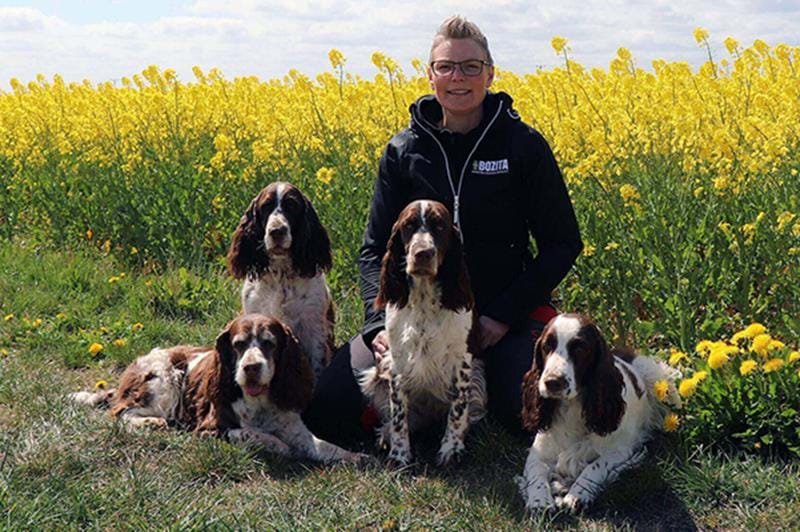 IDA LINDGREN – THE CARRIER WITH A LOVE OF RALLY OBEDIENCE

Ida’s dogs eat Bozita Robur Active Performance and Bozita Robur Sensitive Grain Free Chicken. Ida is a real multi-tasker. In addition to rally obedience, she breeds English Springer Spaniels on her farm outside Helsingborg under the name Zirida’s kennel. She also arranges dog courses and instructor training at the successful dog center Vi2 Hundcenter. She has published a number of dog books through her own publisher HUNDra Percent. And if that wasn’t enough, Ida has previously worked with dog swimming, run dog daycare, dog boarding and dog grooming. Ida’s heart beats a little extra for the sport of rally obedience, whose progress she has followed since the start. Today she is one of the country’s foremost judges. In addition, she competes herself and has a bunch of championship titles on her mantlepiece. 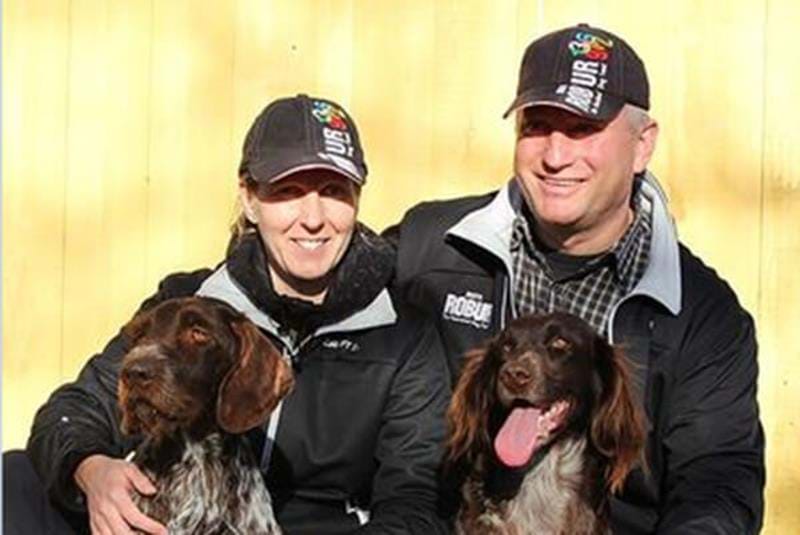 Ingrid and Tomas’s dogs eat Bozita Robur Adult Maintenance, Bozita Robur Active Performance and Boz ita Robur Sensitive Grain Free Reindeer. At Hedinge farm just outside Tidaholm in Västergötland, they breed small münsterländers and German Shorthaired Pointers under the name Hedängens kennel. The dogs are trained as all-round dogs, but they specialise in bird hunting and obedience. Ingrid and Tomas’s goal is to provide the breeds with healthy individuals that have good hunting qualities. They acquired their first breeding dogs in 2000 and have since had several litters of both small münsterländer and German Shorthaired Pointers. They have also retained offspring that have been hunted and become meritorious. 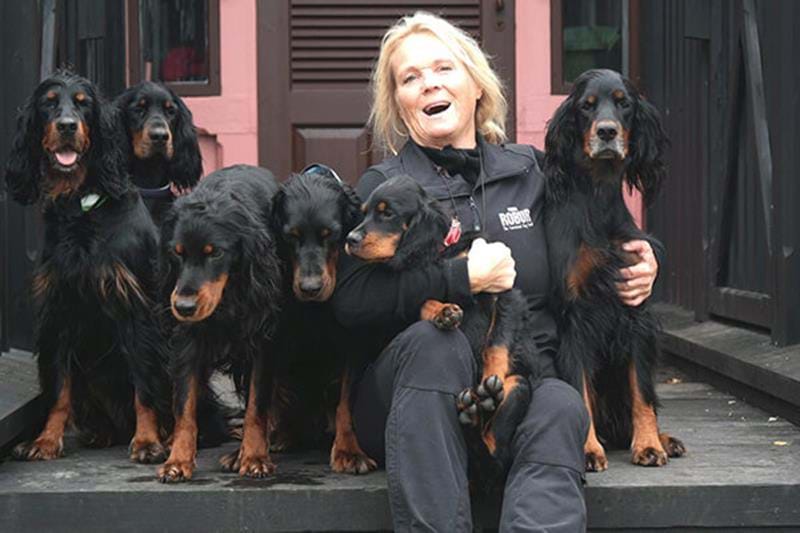 Lisa’s dogs eat Bozita Robur Active Performance. She and her siberian huskies live half the time in Marieby – and half the time in the mountains. She is a trained wilderness guide, and outdoor life is both her everyday life and her job. In the autumn, she likes to hike in the woods and mountains in search of game. In the winter, she skis; during the summer, when the dogs mostly rest, a lot of her time is spent running. Lisa grew up in Åsarna, and with the family’s Greenland dogs by her side from an early age, the choice of cross-country skiing and dog sledding was easy. From the age of three weeks, her body weight was used as a load in the dog sled; six years later Lisa was big enough to ski. She competed in cross-country skiing until 2005, when she tried for the first time to compete with her then ski trainer Sören Adill’s Siberian huskies. Since then, she and the dogs have trained and competed together and achieved great success. In 2008, the dogs became her own, and since then she has always had four-legged friends by her side. Today, Lisa shares her life with Aslak and Tjourri – and sometimes the occasional bonus dog. 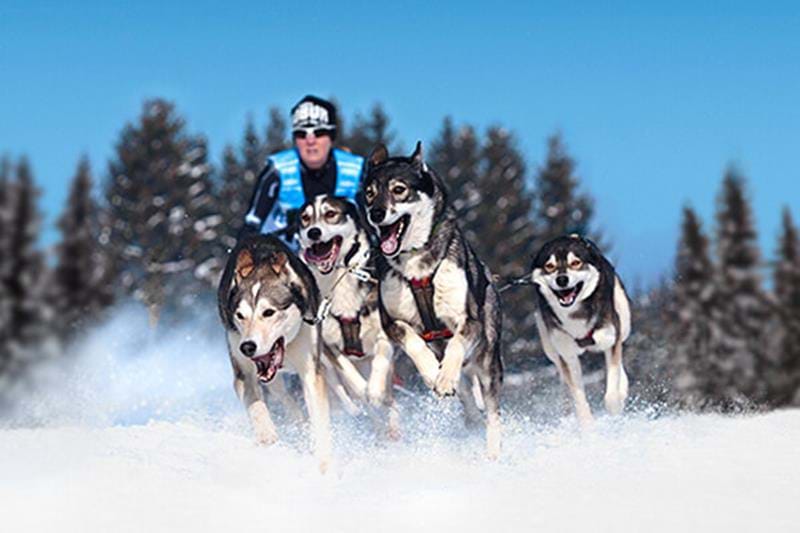 Marie’s dogs eat Bozita Robur Active Performance and Bozita Robur Mother & Puppy. Marie has bred sled dogs since she was 15 years old and is a multiple champion in sprint and middle distance with four teams. She has been on the podium in the WC, EC and SM several times. Most recently, in the winter of 2019, Marie took the 2019 WC silver in sprint. She won her first competition – the Polar Dog Championship – in 1993 and is always looking for new competitions with her Siberian huskies. Marie has been Bozita Robur’s Ambassador for over 10 years and we are so impressed with her ambition and drive! 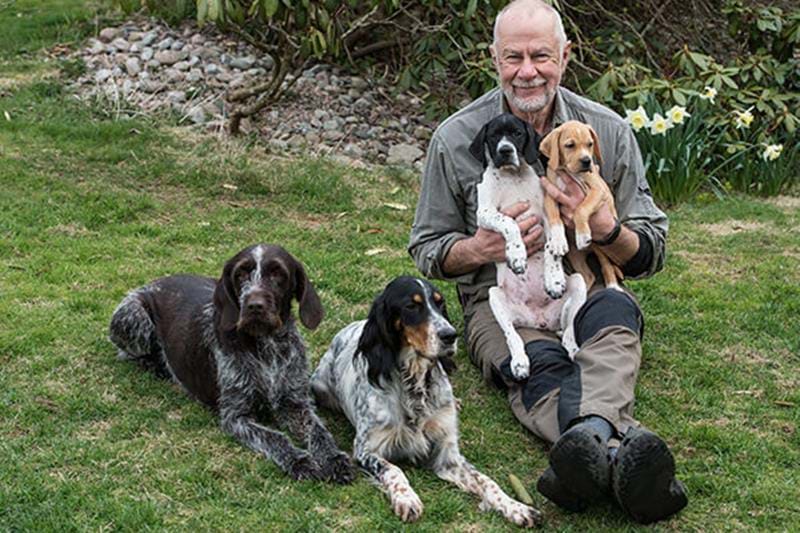 ANDERS LANDIN – A PASSION FOR BIRD DOGS AND HUNTING

Anders’ dogs eat Bozita Robur Adult Maintenance and Bozita Robur Mother & Puppy XL. At Landin arnas kennel outside Trollhättan, Anders runs courses for all types of bird dogs. He and his wife Christine also breed dogs of the breed rough-haired vorsteh, a standing bird dog breed from Germany. Anders gives lectures and has published both books and films on the subject of how to train a bird dog, from puppy to adulthood. Anders was educated at the Army dog ​​school where he trained mine dogs and guard dogs. From the mid-60s, he trained and competed with working dogs, herding dogs and hunting dogs. In the spring of 1989, the first vorstehn joined the family. Over the years, Anders has achieved great success in hunting trials and has on several occasions won the Swedish Vorsteh Club’s national trials with self-bred dogs. 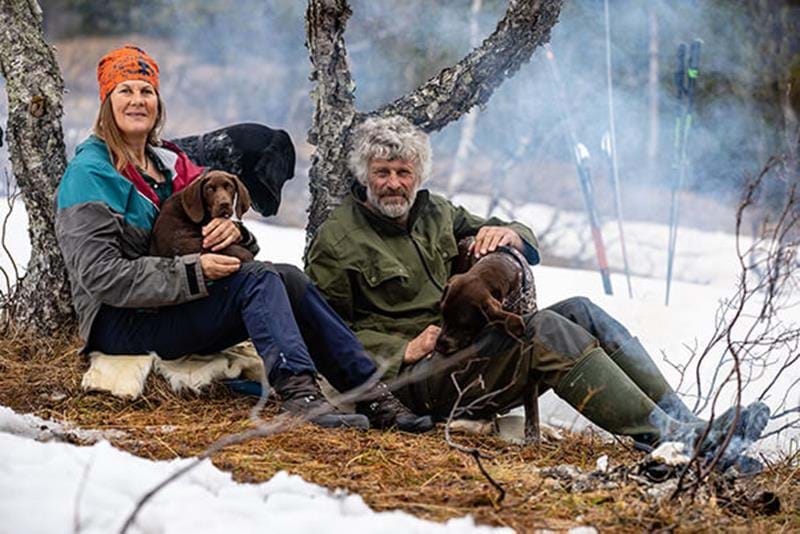 Thomas and Ulrike’s dogs eat Bozita Robur Sensitive Grain Free Reindeer, Bozita Robur Active Performance and Bozita Robur Mother & Puppy. On a farm in Åsarna in southern Jämtland, Thomas Wassberg and Ulrike Wieser breed small-scale vorstehs with a family line that originates from their first dog, Raisa. There are several hunting and show champions in the family. Thomas and Ulrike’s love for vorstehs is not new. Raisa stole their hearts as early as 1980, and since then the idea of ​ life without a dog has been unthinkable – and the choice of breed obvious. Together with their dogs, Thomas and Ulrike spend most of their time hunting, both on their own but also in the form of guiding. And the dogs love to go on the occasional ski trip in the mountains with Thomas.