Food for pregnant and nursing bitches

A lot of focus is often placed on what puppies should eat in order to survive and grow up to be healthy dogs. But it’s at least as important to give the right food to a pregnant bitch. As a dog owner, you’ll want to make sure that your dog gets the right food and remains in good shape before mating, during pregnancy and during lactation. A healthy bitch is an absolute must for healthy puppies. But what food should you give a pregnant bitch?

THE DOG MUST BE IN GOOD SHAPE

Before mating and during pregnancy, it’s important that they are in peak condition. If a bitch is underweight, there’s a risk she won’t be able to eat enough to meet the needs of herself and the growing puppies in the womb. This can lead to lower birth weights and increased mortality in her puppies, as well as the bitch finding it difficult to stay healthy during lactation. If, on the other hand, the bitch is overweight, the risk that the puppies will be very large increases, and this will mean a difficult birth for the bitch.

During the first half of pregnancy, puppies in the womb only grow to 30 percent of the size they’ll reach at birth. For that reason, bitches have no real need for extra food during this period, although it may be a good idea to slowly phase in puppy food at this stage. Puppy food is also adapted for pregnant and lactating bitches with its higher protein and fat levels, which provide higher energy density. The reason for having a food with higher energy density for pregnant bitches is to enable bitches to receive all the nutrients they need. This is important if the puppies are to grow well during pregnancy and the bitch is to provide them with enough milk without losing too much weight during lactation.

After the halfway point of the pregnancy, puppies’ growth rate speeds up, so you can start to increase the amount of food that a pregnant bitch receives. One recommendation is to give a bitch 30–50 percent more feed from the beginning of the second half of her pregnancy until she gives birth. Just be careful that she doesn’t gain more than 15-25 percent of her normal body weight during this period.

WATER IS ESPECIALLY IMPORTANT DURING LACTATION

After puppies are born, lactation starts, and it’s very important that the bitch receives enough fluids, as the milk her puppies drink contains about 78 percent water. Just remember to position the water bowl in a place where puppies don’t have access to it so that no spills can occur. If it’s difficult to get enough fluid into the bitch, another good idea is to soak her food in water before she eats it so that she ingests fluid as she eats.

How much a bitch should eat during lactation depends on how many puppies she has, but a rule of thumb is that she should eat 2-3 times more than usual when giving the most milk. This usually occurs at around week 3-4, and after that time you can slowly reduce her food as the puppies start to transition to food and wean themselves off the milk. If puppies start to get upset stomachs during lactation, it’s usually because the bitch is receiving too much food. Reduce the bitch’s food a little and see if the puppies’ stomachs improve. 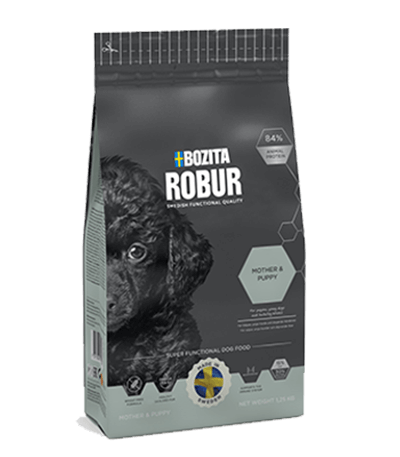 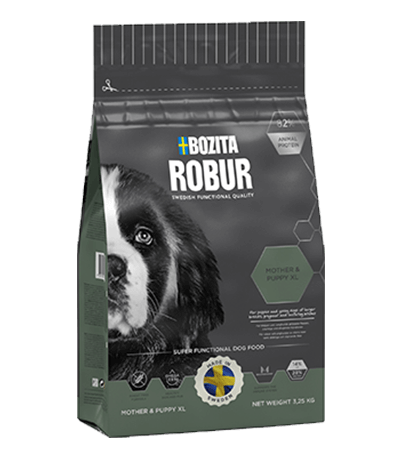 You can read more about what your puppies should eat and how much food they should have every day here.

How much should a puppy eat and what’s the best food? 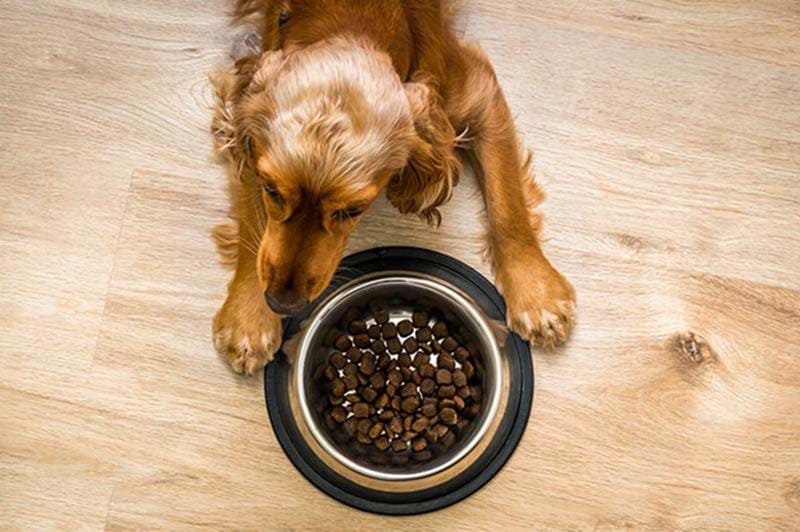 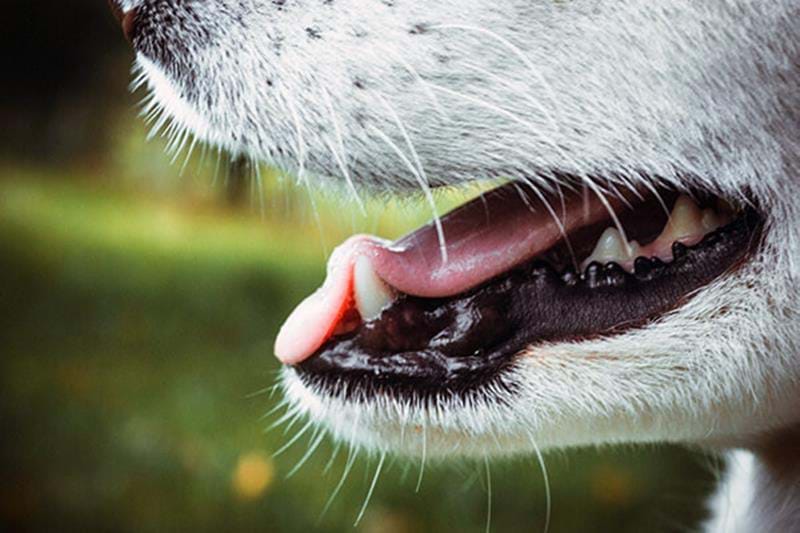